Slow moving planet Jupiter will change sign from Scorpio to Sagittarius on 5-11-2019 .It has great political impact over India .Sagittarius is fiery sign of Jupiter and it will  transit its own sign for a duration of roughly one year from 5-11-2019 onward .In natural zodiac  Sagittarius  is ninth sign represents spiritualism, religion ,gurus, temple. etc .For analyzing the  effect  of transit Jupiter in Sagittarius over India we have to go through the horoscope of independent India, ruling part Bjp and our king PM Narendra Modi. Sagittarius is eight house in horoscope of independent India ,seventh house of Bjp horoscope,and second house in PM Narendra Modi horoscope .Jupiter will conjunct Ketu on 8-1-2020 again a slow moving planet will be discussed later in  our other article on this issue. All major three slow moving planets Jupiter ,Ketu ,Saturn will in Sagittarius during this period will bring a slow change in whole of political  and overall scenario of  India. 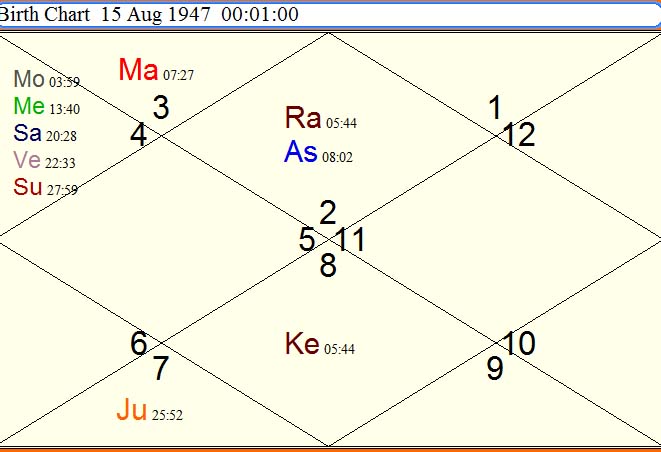 In the horoscope of  independent India Jupiter is transiting on 5-11-2019 in eighth house Sagittarius . From here it aspect twelfth house and twelfth lord  natal Mars in second house , second house and  forth house.Eighth house represents trouble to people through famines ,epidemics ,morality ,death rates etc..In eight house Jupiter is not favorable for rising India.If we apply Bhrigu principle  of transit  Jupiter is Jeev. It represent life force in any native horoscope or nation horoscope and in transit Jupiter is with two malefic  in transit namely ketu and Saturn.in eighth house of  horoscope of India.  Jupiter [jeev ] in transit is aspect[BHRIGU ASPECT] by natal Mars from second  house,as twelfth  and seventh lord signifies communal disturbances at alarming rate  by interference of neighbor country .Twelfth signifies foreign interference . Sign depositor of transit  Jupiter in natal horoscope of India is natal Jupiter is present in sixth house that’s  not good .Sixth house represent wars ,fight with neighbor country. Aspect of natal Mars on transit  Jupiter j[eev] indicates mass scale violence that too concerned with communal fights ,sharp  differences between major and minor community . Relation with neighbor will become more worse especially with china and Pakistan Some positive aspect are also concerned with transit Jupiter in eight house ,its depositor natal Jupiter in sixth house as eleventh and eight lord shows modernization of military specially  Air force as natal Jupiter is in Airy Sign . Jupiter in transit in eight house aspect by natal Mars as twelfth lord of expenses shows speed up  in research process in defense sector since eight house represent shows research and innovation..

Rise of Bjp[due to impact of transit Jupiter in Sagittarius] 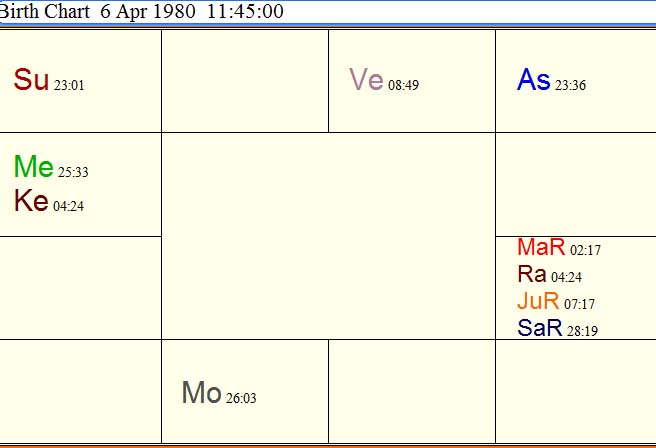 Its is coincidence  both India ,ruling party BJP,PM Narendra Modi all are running the mahadasha of Moon. Bjp is running mahadasha of Moon and anterdasha of Mars from Feb-2019 to Sep 2019. Moon in sixth house debilitated will remove his enemy ,Mars as eleventh lord of gains, sixth lord of fights with enemy has given second time victory under leader ship of  PM Narendra Modi in election in 2019 .Transit Jupiter over natal Moon has proved good it has ruled over his enemy and aspect to tenth from sixth house has given Bjp government at center .Now transit Jupiter will enter Sagittarius in Nov 2019 from here it aspect lagna ,eleventh house and third house ,By aspect eleventh its will provide Bjp gains and new alliance partner .On lagna or Asc it will have a massive growth, on third hose it aspect cluster of planets which is good .By hard work it will take center stage with more strength.By Bhrigu angle transit  Jupiter[JEEV] natal depositor  Jupiter is in third house with Rahu ,Mars ,Saturn,and aspect of Mercury means minority community will keep more distance from Bjp ,due to one planet Rahu in this combination of planets in third house of  horoscope of Bjp..But from one of progressive dasha of Bhrigu  indicate Bjp will rule India for many -many  year in time to come .The Ram mandir issue will come to forefront after the transit of Jupiter in Sagittarius in the horoscope of bjp

Narendra Modi as PM impact of  transit Jupiter in Sagittarius on him.

Our beloved king PM Narendra Modi have been given grace by transit Dev guru Jupiter in Scorpio.Now  transit Jupiter in second house in the horoscope will be helpful to PM Narendra Modi  providing the wholesome support of majority community to make India a super power in future. But  transit Jupiter in Sagittarius in his horoscope ,natal depositor Jupiter is in forth house aspect by natal Mars and Saturn will provide lots of obstacles by his enemy ,Mars is sixth lord also for Scorpio lagna .,like Balakot strike and surgical strike more drastic steps will be taken by PM Narendra Modi against Pakistan in coming time .But he will be successful in tackling his enemy in future. Transit Jupiter in Sagittarius will pay the way for third term as PM of the nation in future   .Since natal Jupiter is fifth lord also so his devotion towards his Isht Dev Lord Shiva  will grow more stronger..

bhrigusadhu is a website dedicated towards bhrigu samhita readings and its traditional methods.